Over the years the political role of the Solimena family has achieved a noteworthy, substantial and recognized relevance in the region. Looking back in time, we remember Federico, Prefect of Genoa between 1952 and 1953. 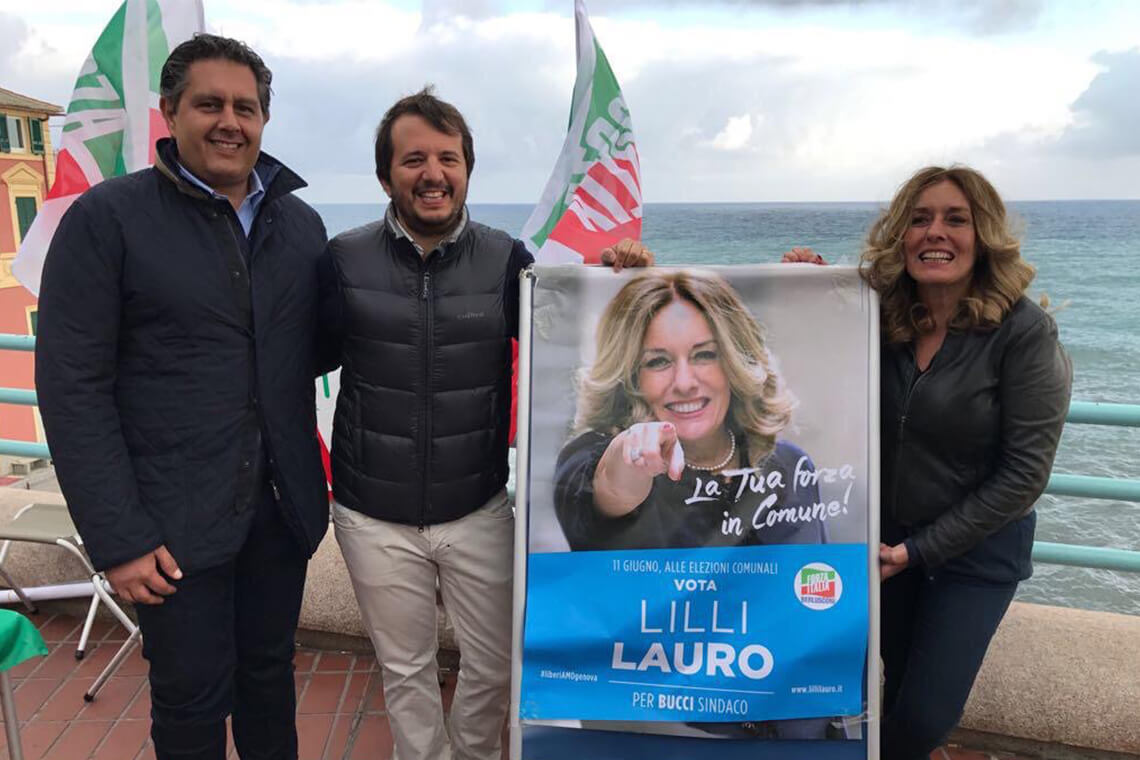 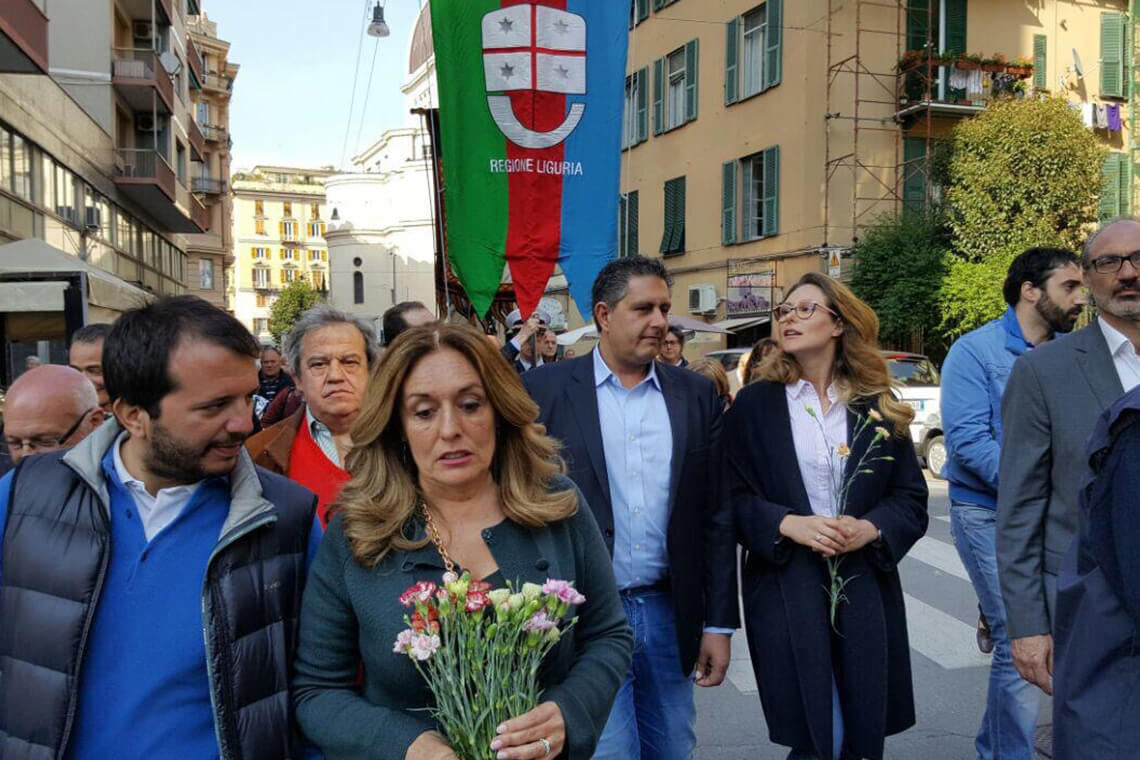 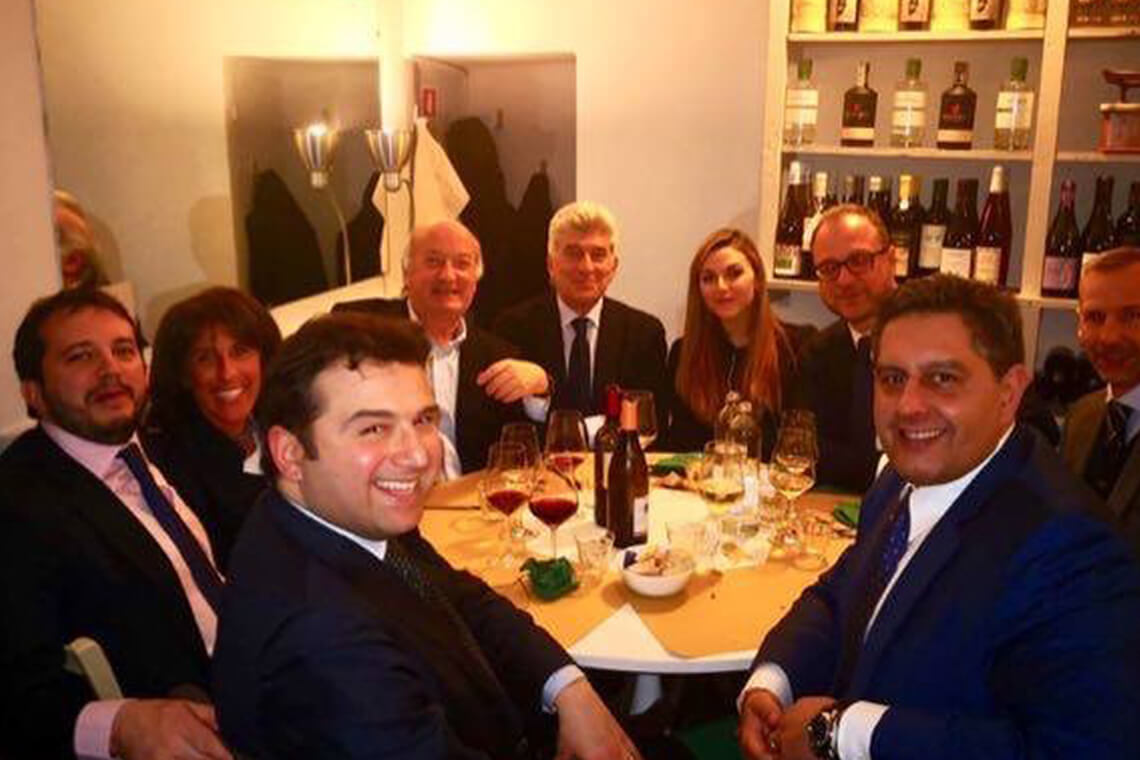 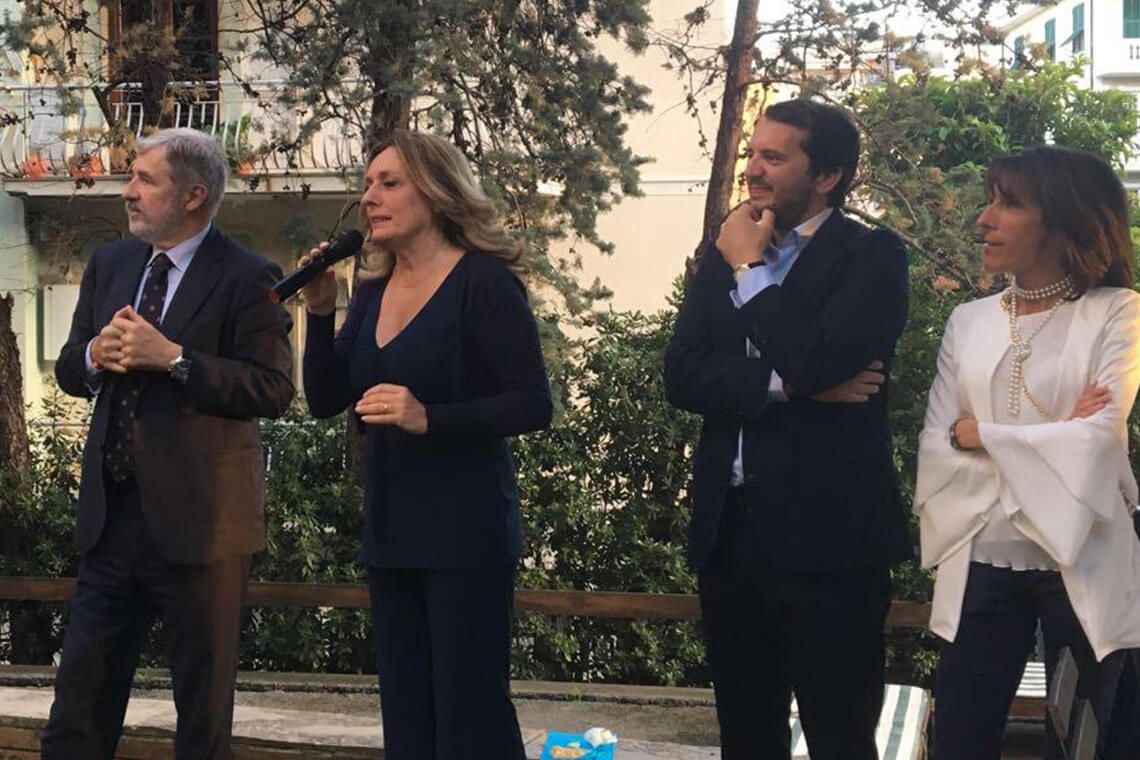 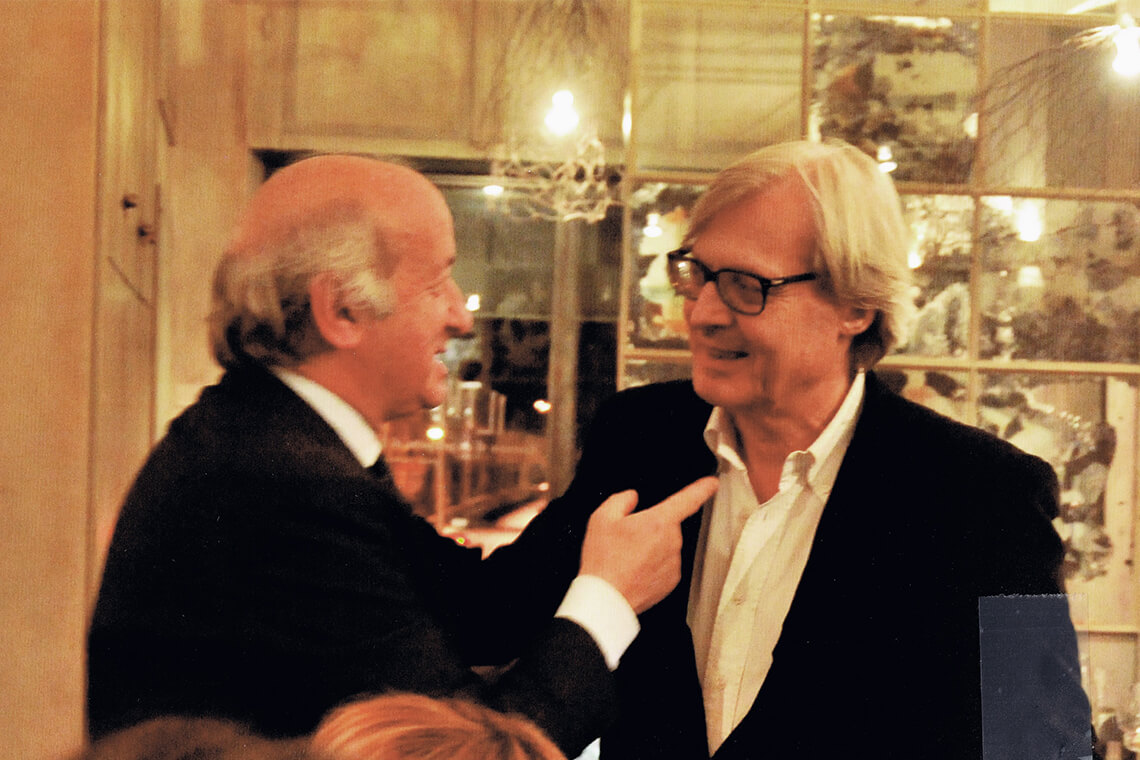 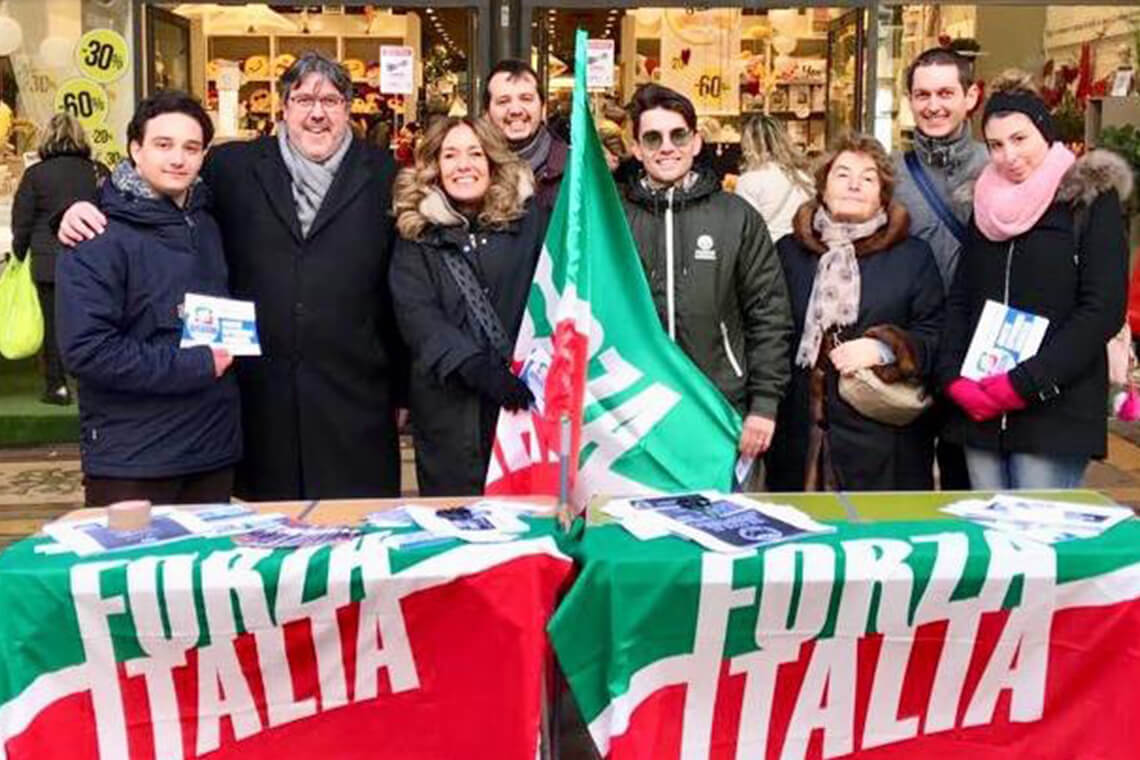 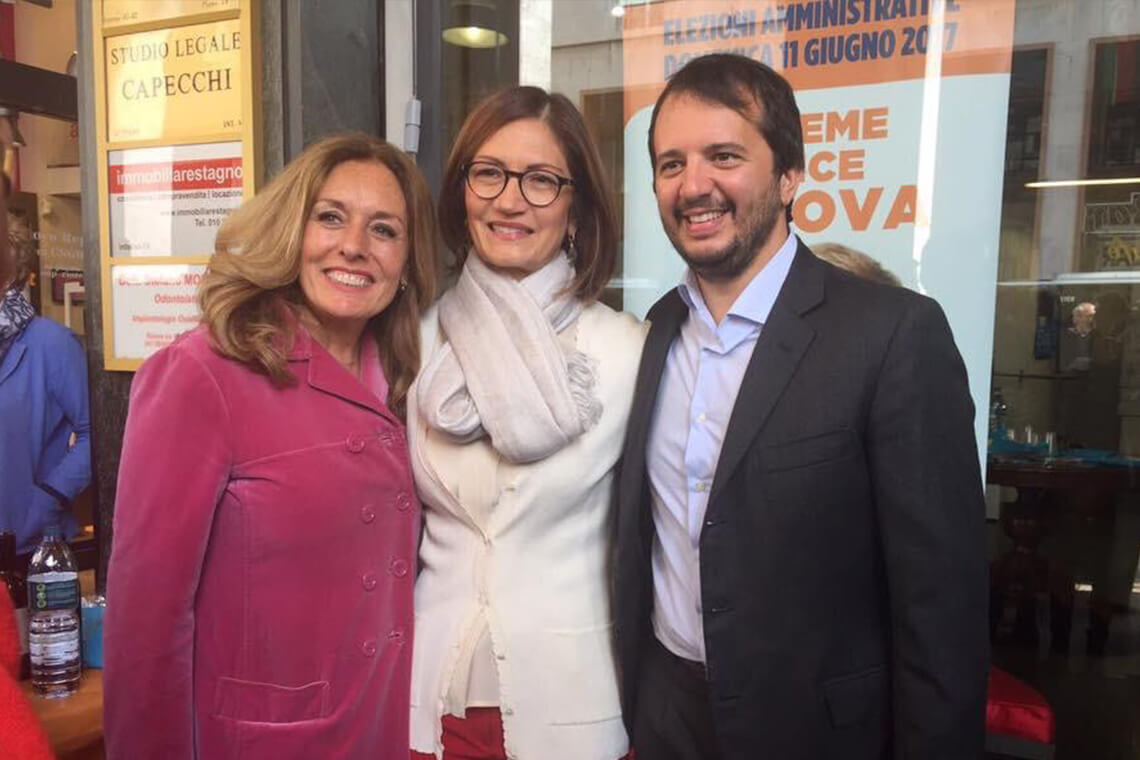 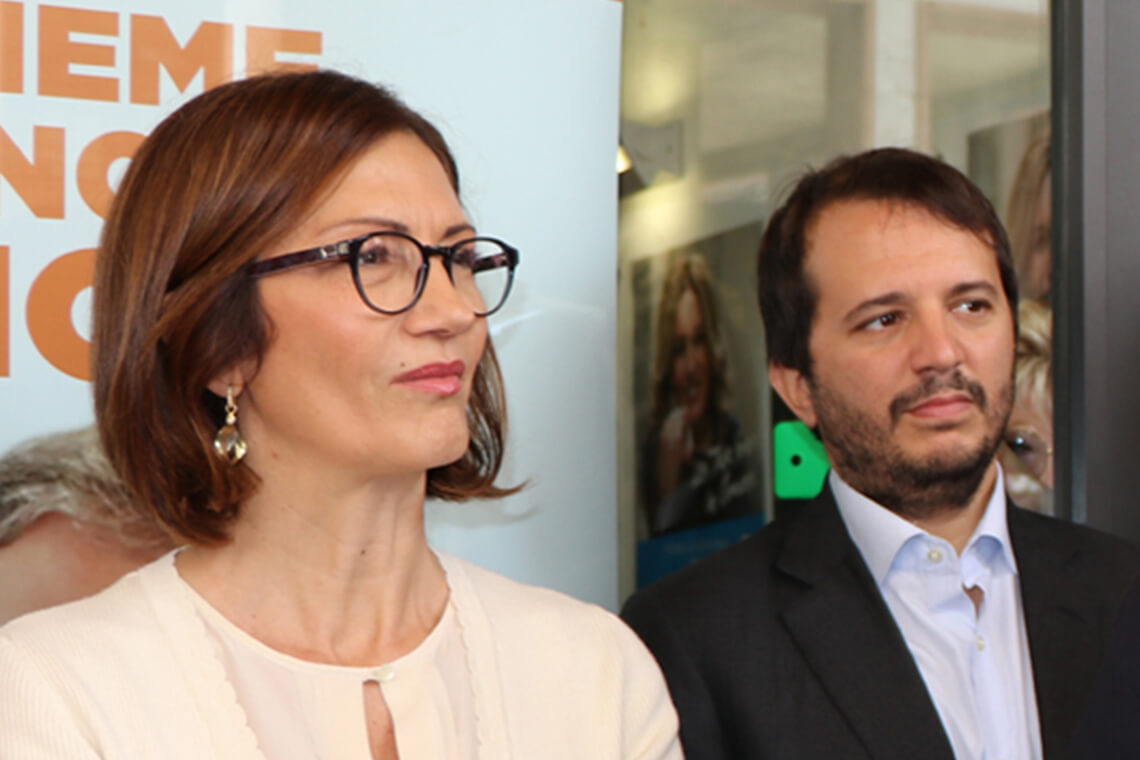 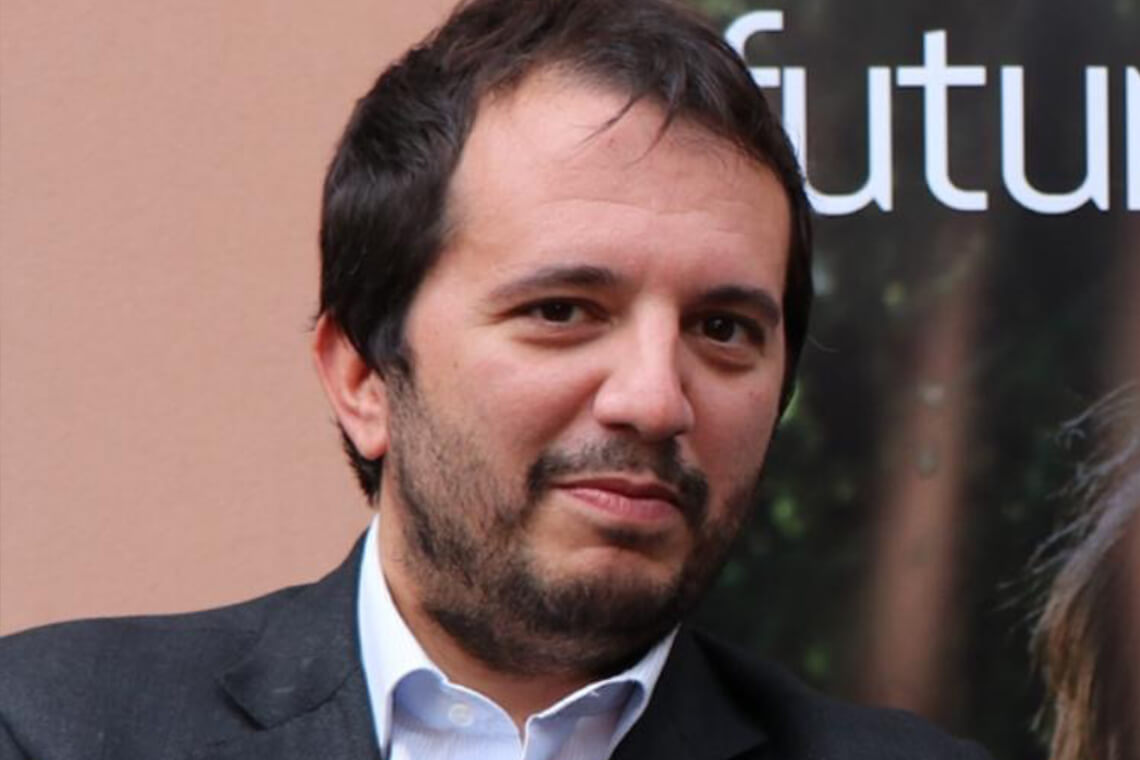 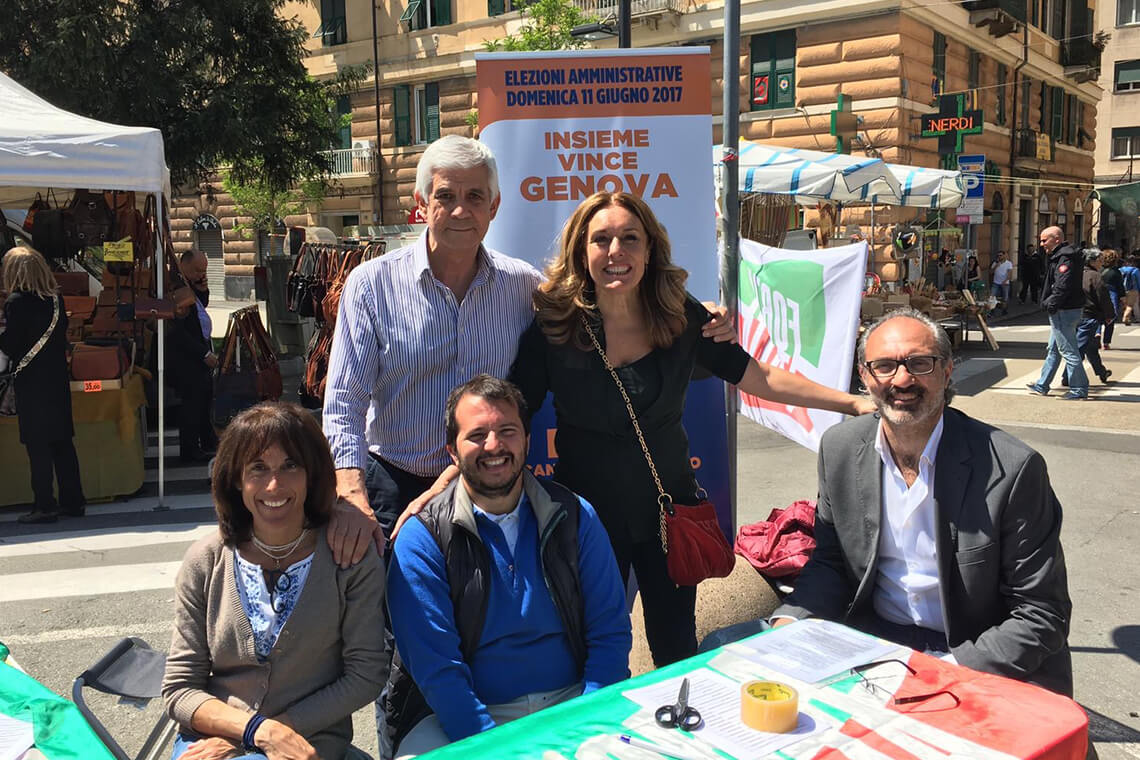 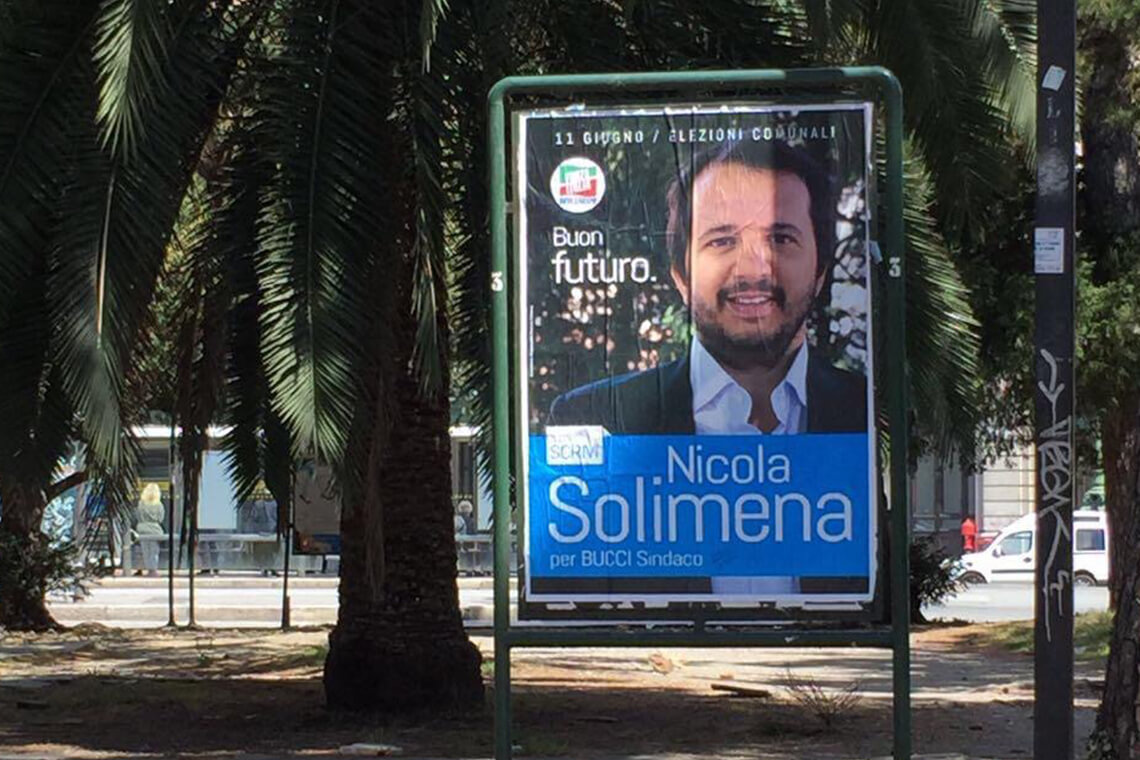 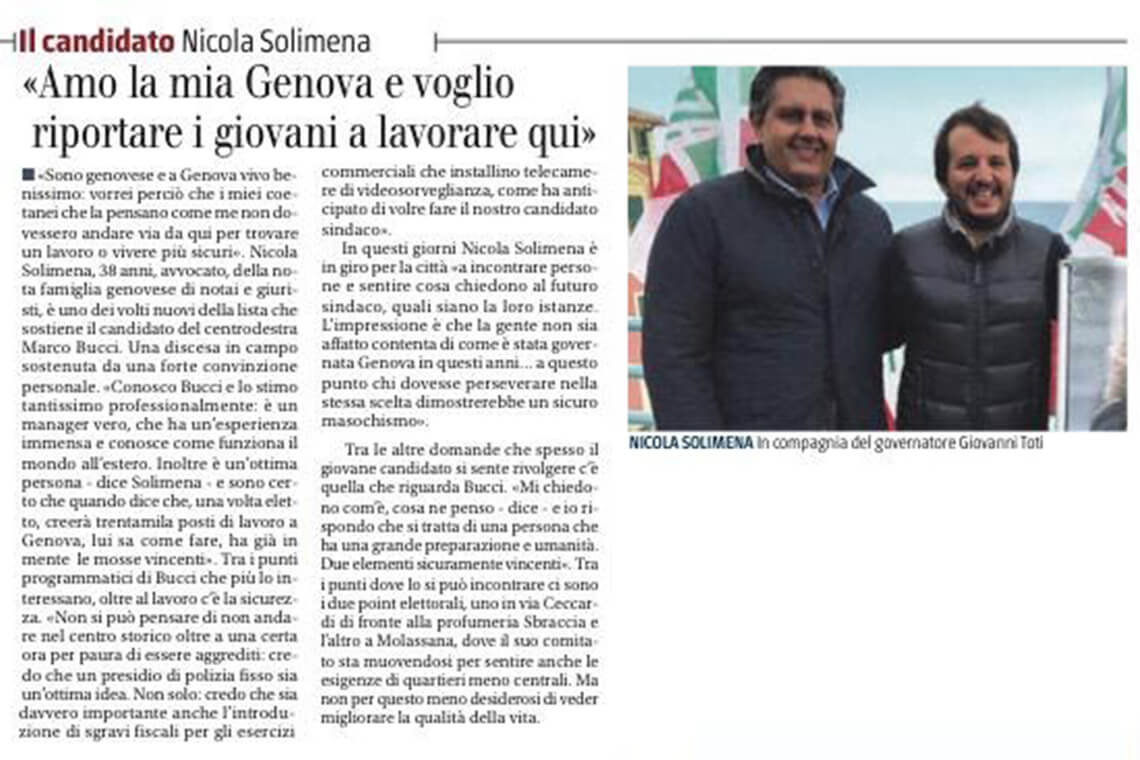 During the Fascist period, Federico Solimena firmly asserted his antifascist beliefs and as a result was subjected to the forced ingestion of large amounts of castor oil that was a typical punishment administered by the Blackshirts.
The Solimena family, always strong supporters of liberal beliefs, have played a constant and active role in the social and political life of the region.

Luigi Solimena, Aldo's son, presented himself at the Municipal Council of Genoa as soon as he came of age, participating immediately; Federico who currently practices as a notary earned his degree with a thesis, at the time almost futuristic, on conscientious objection. In fact, Federico maintained that military service should not be mandatory. In line with that concept, many years later, both military and civil service were made voluntary in Italy.

That legal provision represented a historical shift for our country.

While preparing and writing his thesis, Federico Solimena frequented the circle of the Radical Party of Rome. He came into contact with the main leaders and important figures of the movement in the 1970s, becoming personally acquainted with Emma Bonino, Alda Faccio, Marco Pannella, Roberto Cicciomessere and other founding members of the party, at the time strong supporters of the ideas in his thesis.

Federico Solimena's indirect involvement in local politics was particularly significant during the election campaign that brought Giovanni Toti to power as President of the Region of Liguria in 2015 and especially that which elected Marco Bucci as Mayor of Genoa in 2017. Currently he is the administrative consultant of Stazione Marittima S.p.a., a company that handles all cruise ship traffic in and out of the city of Genoa.

More recently Nicola Aldo participated, despite never playing an active part in political life before, in the administrative elections for the Municipality of Genoa in 2017. After a very short electoral campaign Nicola, whose strength was a deep-rooted attachment to and strong passion for the city, reached his objective and was elected to the Municipality of Medio Levante, in the role of Councillor.